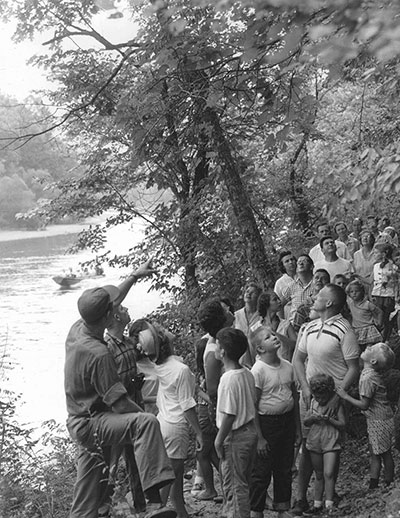 Missouri State Parks is celebrating 100 years of protecting and interpreting Missouri’s exceptional natural and cultural resources while providing outstanding recreational opportunities.Throughout the system’s 100-year history, citizen support has been key to the success of the park system.

Public discussions that led to the establishment of Missouri’s state park system began around the turn of the century. After encouragement from many citizens, state legislators introduced a bill in the Missouri General Assembly in 1907 that would establish a state park system. Although the bill did not pass, interest continued.

In 1916, the National Park Service was created to administer national sites, and it promised guidance and assistance in helping establish state park systems.

The Birth of the State Park System 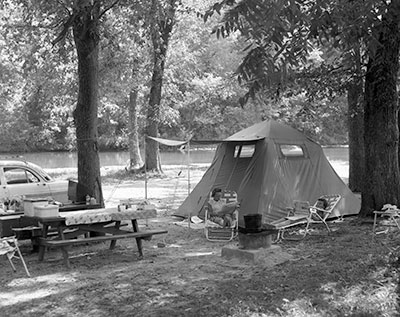 By the end of 1925, the state park system had grown to eight areas with a total of 23,244 acres. That same year, the legislature increased the revenue to support the growing state park system.

As the system grew in size and number, the public showed an even greater interest in state parks. Many Missourians began to express a desire to preserve portions of their state’s most outstanding natural landscapes as well as places important to the history of the state and its people.

By 1932, Missouri had a total of 18 state parks. Missourians showed their endorsements of the state park system through donations of Roaring River, Van Meter and Washington state parks.

In the 1930s, the park system went through its most significant period of change and development. Beginning in 1933, under the direction of President Franklin Roosevelt, U.S. Congress authorized the Civilian Conservation Corps (CCC).

By 1934, some 4,000 men were employed in Missouri to complete both conservation and construction work in national and state forests and state parks. Projects ranged from construction of dining lodges, picnic shelters, cabins and campgrounds to installation of sewer lines.

In 1937, the management of state parks was separated from the state fish and game department and was placed under the supervision of a new Missouri State Park Board.

In addition to state monies for park purposes, the system drew from federal sources. The state’s receipt of federal funds from the federal revenue sharing program provided a better budget for state parks. Since 1965, the system has sought assistance from the federal Land and Water Conservation Fund to acquire and develop state park lands and facilities. 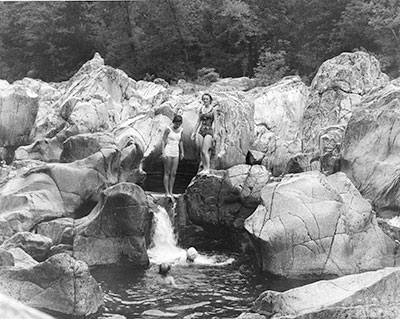 In 1974, with the reorganization of nearly all state government, the Missouri Department of Natural Resources was created and assumed the state park board’s responsibilities for the administration of the state park system. The size of the system continued to grow and represent the major natural and cultural heritage themes of Missouri while providing Missourians with plenty of recreational opportunities.

As Missouri entered the 1980s, the state’s economy declined. This recession led to reduced state revenues and mandatory cuts in the budget for the state park system. At this same time, federal revenue sharing and Land and Water Conservation Funds also were being greatly reduced. In 1982, Missouri voters approved a $600 million statewide bond issue that included $55 million for major renovation and construction projects in state parks.

In 1984, Missouri voters again showed their support by approving a sales tax to be used for state parks and soil and water conservation efforts in Missouri. Funds from the one-tenth-of-one-percent sales tax are divided equally between the two programs, both of which are administered by the Missouri Department of Natural Resources. In 1988, 1996, 2006 and 2016, the tax was renewed by more than two-thirds majority of Missouri voters.

With a secure funding base, extensive repair and renovation of the park system can occur as well as the completion of development at newly acquired park areas. Historic structures are being restored, new recreational opportunities added and interpretative exhibits constructed and improved public services provided.

Today, the state park system includes 92 state parks and historic sites and more than 150,000 acres of land available to the public. The system includes homes of famous Missourians, Civil War battlefields, and reminders of yesterday such as gristmills and covered bridges. The state’s most outstanding landscapes are preserved for everyone’s enjoyment - deep forests, glades, prairies and blue streams and lakes.

To help visitors enjoy their stay, the system offers more than 2,000 structures, 3,600 campsites, 194 cabins, almost 2,000 picnic sites, and more than 1,000 miles of trail. These trails include opportunities for hikers, backpackers, bicycle riders, off-road vehicle users and horseback riders. The system boasts the longest developed rails-to-trail project in the nation – the 240-mile Katy Trail State Park. Millions of people visit the system annually to hike, camp, fish, discover the past and explore nature.